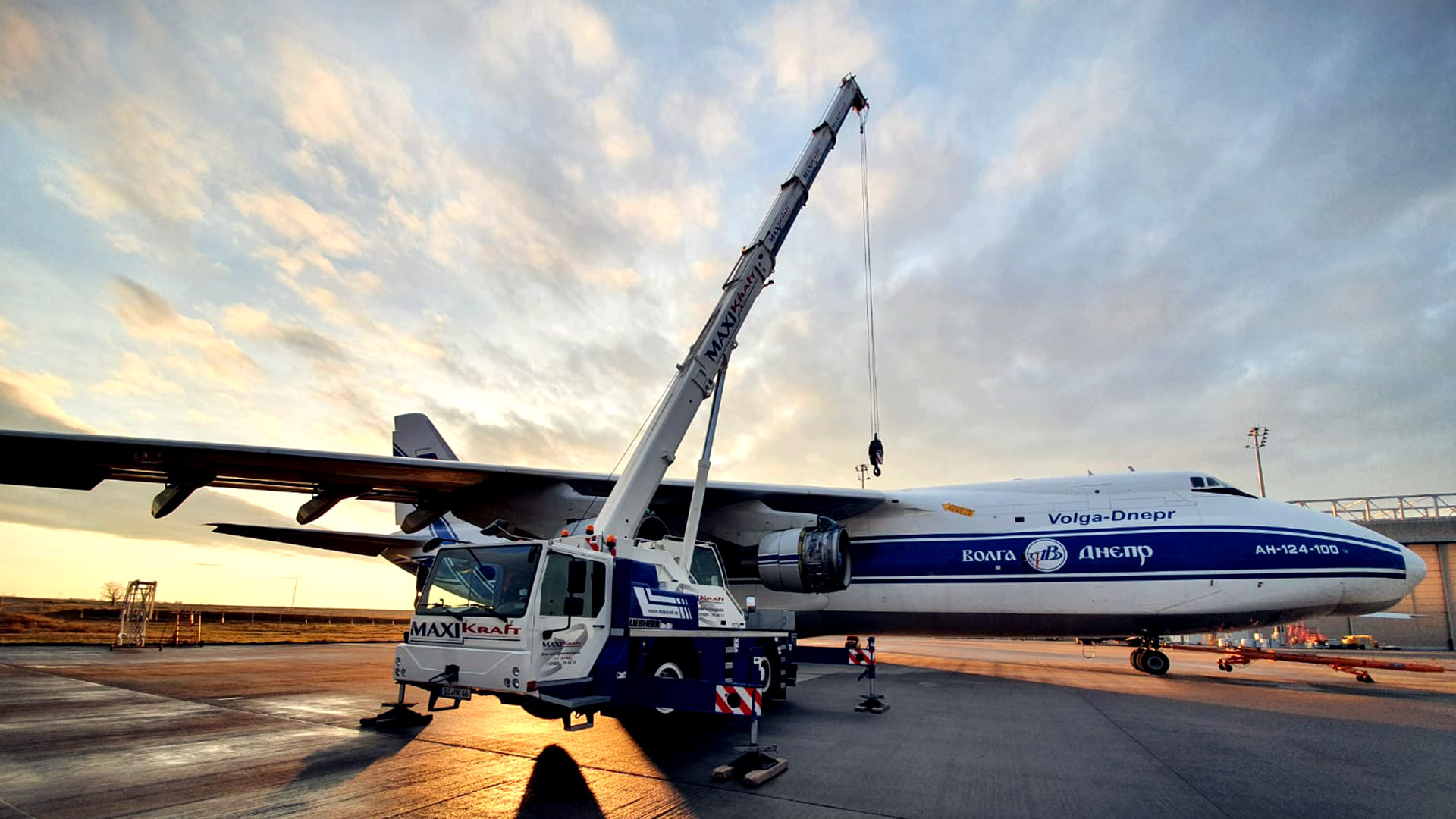 In today's article, we can report on a real sensation. We beam ourselves back to last year, to be precise, back to November 13, 2020, and zoom into Ukraine. It was supposed to be a normal flight start like any other. But at this point, things were to turn out quite differently than expected. The Antonov An-124, a large transport aircraft, takes off together with its 14 passengers for the flight to Vienna.

But unsuspectingly, shortly after takeoff, one of the engines explodes in mid-air. The pilot has no choice but to turn back shortly after takeoff and make an emergency landing. All his skills are now required, because the defective engine means that braking power is of course also significantly lacking. But skillful is skillful. The pilot finally managed to put the plane back down on the runway, but was unable to brake as usual. So the aircraft overshot the runway by hundreds of meters and finally came to a standstill.

But you can rest assured! Luck in the misfortune or rather ability in the misfortune: Nobody has happened anything during the action. All people on board remained unharmed. But this cannot be said of the airplane. It showed some damages after this rapid landing.

Due to this unexpected failure, our customer, Aircraft Maintenance and Engineering Service GmbH (AMTES GmbH), received the order to inspect all aircraft of this model at Leipzig Airport, to perform a general inspection and thus also to check all engines. So we were at our customer's side for a month with our LTM 1030, helping with our 30-ton truck to assemble and disassemble as well as relocate the various engine parts, thus also covering a load case of 5.7 tons. It's really hard for us to say goodbye now. After all, we were allowed to get to know the aircraft model all around for a whole month. Such an aircraft and all the technology behind it is very exciting and can almost keep up with our cranes, but only almost! Dear AMTES team: Thank you very much that we could realize the order for or with you. It was an absolute experience for us!